Why Diwali is Celebrated ?
It is performed on Amavasya in the month of Kartik every year according to Hindu calendar. Generally the festival falls in between middle of October to middle of November according to English calendar. 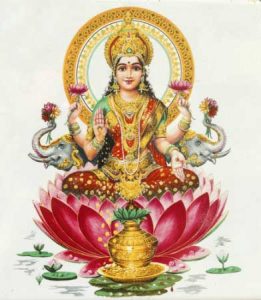 There are several views behind the celebration of this festival. In certain parts of India DIWALI is associated with Goddess Lakshmi. It is believed on this day Lakshmi emerged from milky ocean. Some think on this day Lord Vishnu freed Lakshmi (goddess of wealth) from King Bali. Yet another popular version is that on this day King Rama returned to Ayodhya after victorious killing Ravana, after 14 years of exile.

Another view prevalent in many parts of South India is that Lord Krishna with the help of spouse Sathya bhama slew the demon king Naraka on ‘Chaturdashi’ two days prior to new moon day. That is why this day is celebrated as victory day of Lord Krishna. Almost all the Hindus believe on this day Goddess Lakshmi, the diety of wealth and prosperity visits every house. So to welcome her, the houses are illuminated throughout the night.

The reason behind the festival perhaps is the social good. The months of October, November have the darkest nights. In the days gone by to show the way for those on high seas and for general lighting of villages, towns and cities. This festival might have come into existence. Whatever the reason is, it is a festival of joy and pleasure.

Preparation / Celebration: Preparations are made several weeks ahead of the festive day. Coloring and painting of the shops and houses are made much earlier to the festival. All the waste, junk and debris are thrown away. The houses are washed and cleaned thoroughly. Rooms are decorated with new pictures of dieties and beautiful sceneries. Furniture and other articles are also well polished. Special sweets, saltish savouries are prepared for the festival. Delicious food is prepared for the ceremonial occasion.

On “Dhan Theras” the thirteenth day of waning moon new utensils are purchased. It is considered auspicious to buy new utensils on this day. So hundred of shops of utensils brilliantly lighted and decorated for this occasion are opened. Crowds of people gather round these shops to purchase utensils.

Also several shops of selling fine crackers and other Fireworks are also opened. The pyrotechnics of these shops is worth seeing. They attract and lure young and youth. Several lakhs worth of Fireworks are purchased in the cities of India.
Shops and roadside hawkers selling candles, earthen-lamps, cotton for wicks, oil and many other decorating items can be seen on the streets of any city and town throughout India on the day. In North India the emphasis is more on illumination where as in South India it is on both pyrotechnics and lightning.

The Importance of Chhoti Diwali:
The next day of Dhan Theras is called as “Chhoti Diwali” in the Northern parts of India whereas in South it is called “Narak Chaturdashi”. Earthern lamps with wick and oil are lit and worshipped and display of Fireworks in a very small scale is done at the night of this day. Young children feel happy throughout the months of October and November because of durga puja, Ramleela celebrations and finally the festival of Diwali with sweets and fireworks. Cracking sounds of a toy pistol or some other sounds and shoots can be heard during these festival days. Traders and merchants start their new account books closing the old on this day. Most of the jewellery shops, business houses are opened on this day and several sweet shops do roaring business. 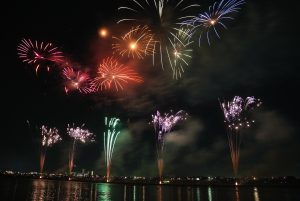 The day of Diwali festival (or badi Diwali): On the day of Amavasya, Diwali, main festival is performed with pomp and show. Every person rich or poor purchases sweets according to their status, lit the earthen lamps with oil and wick, candles or electric bulbs small and big, coloured and decoration lamps. Elders and youngsters, women and men wear new clothes, young boys and youth display their fireworks in sportive competition. Sounds of pyrotechnics can be heard almost up to Midnight on that day. Further, precautions should be taken so that no injuries are sustained by them while exploring fireworks / crackers.

The lady of the house performs Laxmi Puja or worship of Goddess Lakshmi. The men folk in some houses gamble the whole night. Perhaps with the belief that if they win on that night they will be successful throughout the year. In this way the festival of lamps, joy and jubilation comes to a close with exchange of sweets and greetings.

The festival has many benefits like the cleaning and white-washing of houses. The festival encourages potters who make earthern ware, pottery items, lamps and manufacturers of Fireworks and utensils. The sulphur fumes kill the microbes and virus. The decoration of shops and houses provides relief to the eyes and gladen the hearts.